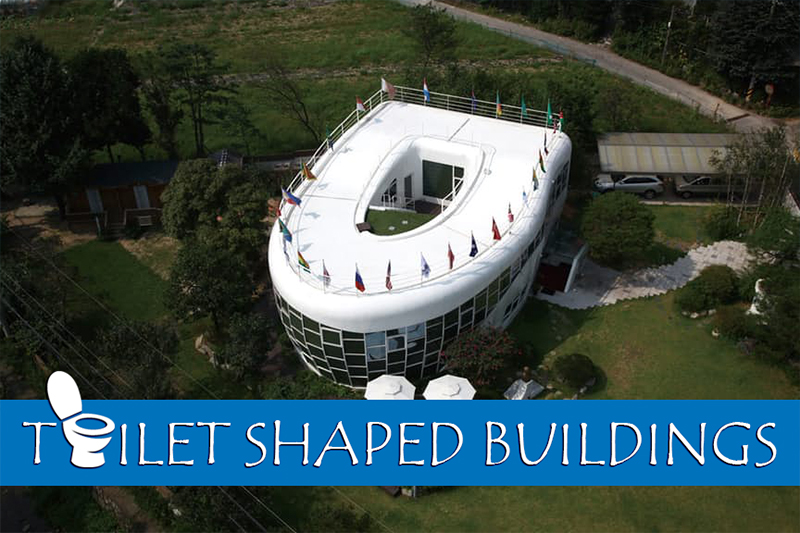 What can I see when I gaze through my bedroom window?

Apart from a couple of brown church spires and two-thirds of a towerblock, I can spy the top of the wonderfully resplendent Queen Elizabeth Hospital in Birmingham, known locally as the QE. Built in 2010, this hospital is one of the many jewels in the Birmingham Crown, and along with Guns, Jewellery, Peaky Blinders and more canals than that foreign city's got, it is safe to say that the QE fills a Brummie's heart with pride.

So why oh why is it that each time I gaze out of my window all I can see is a row of humongous toilets (3 to be exact) waiting in anticipation for a visit from a humongous Brummy giant? It's a fabulous building it really is, but I just can't seem to look at it without seeing toilet seats placed on the roof albeit a little precariously!

This got me thinking

Could there be other buildings that resemble lavatories or did Birmingham have the monopoly on unfortunately shaped architecture? Thankfully not, and not only that, we were also trumped big time. 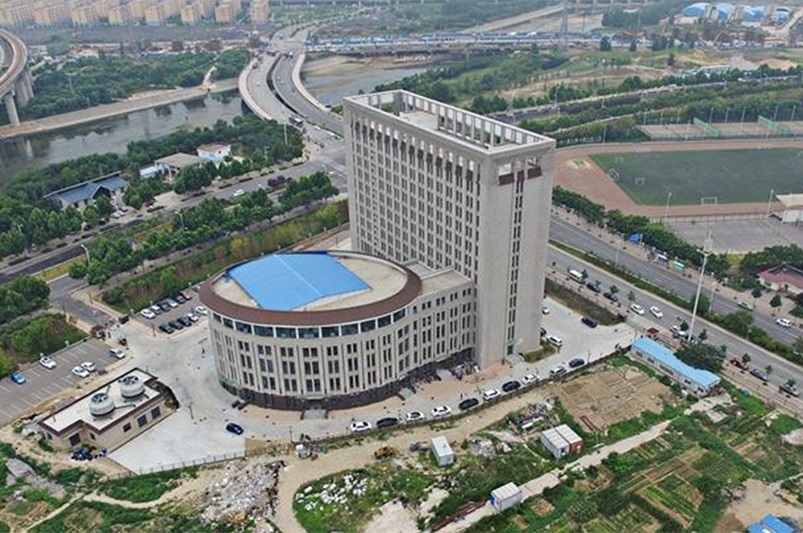 In China, there sits a University building that looks more like a toilet than most modern day toilets do. I would describe it as a close-coupled design as it looks very much as if the cistern has been neatly tucked away behind a false wall. A female must have been the last to use it as the lid has been closed to capture any fecal spray and a single sheet of blue toilet paper has been thoughtfully placed on top of the lid.

It's hard to decide whether the designers of this building were actually quite literally taking the P or whether it was after the first ariel pictures were taken that audible gasps were heard around the City. It's hard to tell although the fact that it is a building at the University of Water Conservancy might lend a clue.

I do think that they missed an advertising trick that would have rivalled the Barclaycard Waterslide. By making the toilet bowl area into a swimming pool and by attaching a huge silver lever or flush plate for effect, lucky adrenaline junkies could have experienced the thrill of being swirled around a giant toilet at top speed and then dumped unceremoniously down a set of pipes.

Remember, you heard it here first. There was a man called Mr Toilet who had been born in a toilet. Such was his love of all things toilet he built his home to look like one. It is now a museum surrounded by a huge toilet-themed adventure park.

Okay, I'm busted. Mr Toilet was his nickname but all the rest is absolutely true.

In South Korea, there is a theme park called The Restroom Cultural Park. Scattered around the gardens are many bronze statues of men women and children, all squatting and stooping whilst pulling their best 'Doo doo' faces. A gift shop proudly displays a variety of multi-coloured souvenir poops whilst a café serves drinks in miniature toilets onto which a latte artist will display an obvious and inspired symbol. Inside the museum is a toilet for the brave with floor to ceiling clear glass which fogs up when being used.

Luckily this park is free to enter and enjoy, otherwise who knows what words may have been used to describe it on TripAdvisor by a disgruntled payer!

Anyway just remember this, if anything in your hometown reminds you more of sanitation than you would like, then hold your head up high and just don't look at it.