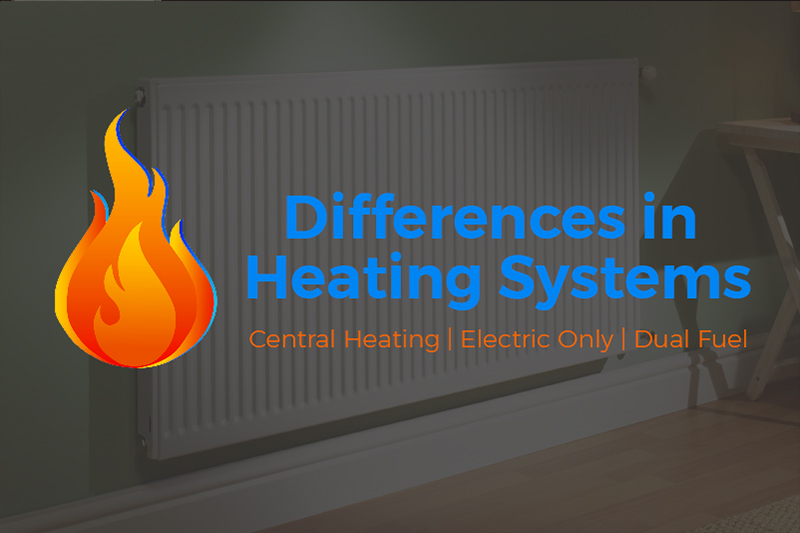 The concept of central heating is one that has changed little throughout its long history. As far back in time as Ancient Greece and Rome, wealthy homeowners used a furnace to circulate hot air beneath their floors to keep their homes warm during winter. As time progressed and the first modern radiators were produced in the late 19th Century, water became the new conductor for transporting heat throughout buildings. The method of heating water and the efficiency of its distribution through radiators have been the focus of heating development for decades.

Modern central heating is, in most homes, heated by a single boiler located in the kitchen, bathroom or another discreet location. This boiler contains a gas furnace fuelled by natural gas fed into the system from an external source via pipes. This gas contains all the chemicals needed to create an intense flame and, when the heating system activates, a valve releases those chemicals into the furnace and they are ignited. Water flows through a winding pipe in the boiler to maximise its contact with the flames and is electronically pumped out of the boiler to the rest of the building.

As the water flows through the various radiators in the system, it heats them and gradually loses warmth before returning to the boiler to be reheated. This cycle ensures that every radiator in the building constantly receives a constant supply of freshly heated water and stays hot for as long as the central heating is active. The water temperature is monitored by a thermometer attached to the thermostat; the thermostat then makes constant adjustments in order to maintain the selected temperature.

Central heating boilers often perform dual functions: keeping radiators warm and providing hot water to taps, baths and showers. Combi boilers achieve this by featuring two heat exchangers that work independently, one providing the central heating flow and another sending hot water to a tank for storage until it is needed. Using a warm tap opens a valve that introduces water from the hot water tank.

An alternative to gas central heating is to use electric-only heaters. This is more common in buildings with no gas connection. Storage heaters build up a reserve of heat energy and release it when they're switched on; this is a popular choice for homeowners who use an electricity supply that has reduced tariffs at certain times of the day. By storing heat during these off-peak times, owners can save money when the heaters are in use. Despite this advantage, electric radiators are currently the most expensive and carbon-intensive method of heating your home and many people prefer to replace them with a gas boiler and radiators or under-floor heating. The electrics are also subject to restrictions on where they are located, particularly in bathrooms, making them a less versatile option than central heating units.

The initial costs of replacing an entire heating system can be unavoidably expensive but will save a great deal of money in the long term. As an extra incentive for switching from electricity, if your home is not already connected to a natural gas supply, some suppliers will cover some of the costs and occasionally will pay for all of this work to be carried out. It's worth checking this as it greatly reduces the financial impact of switching.

Dual fuel heaters combine the benefits of gas and electricity by allowing owners to switch between the two heat sources at will. They most commonly take the form of towel rails and are installed as part of the central heating system but are then also connected to an electrical supply. Thus the radiator is active along with the rest of the system during the colder months of the year but can also be switched on electrically without the need to activate the rest of the central heating. This can be very useful in the summer to warm towels after a trip to the beach and a shower, for example.

Dual fuel heaters are more economical than relying completely on electricity during the winter months but also avoid incurring unnecessary cost and effort in the summer by turning on the central heating to use a single towel rail. Dual fuel creates a perfect balance between the two fuel systems in a home. It is worth noting that, due to the electrical components, dual fuel heaters face the same restrictions as electric-only units and can only be fitted in certain areas of the bathroom. Check the IP rating of your products and the zoning of your bathroom before installing them.