What Heating System Do I Have? 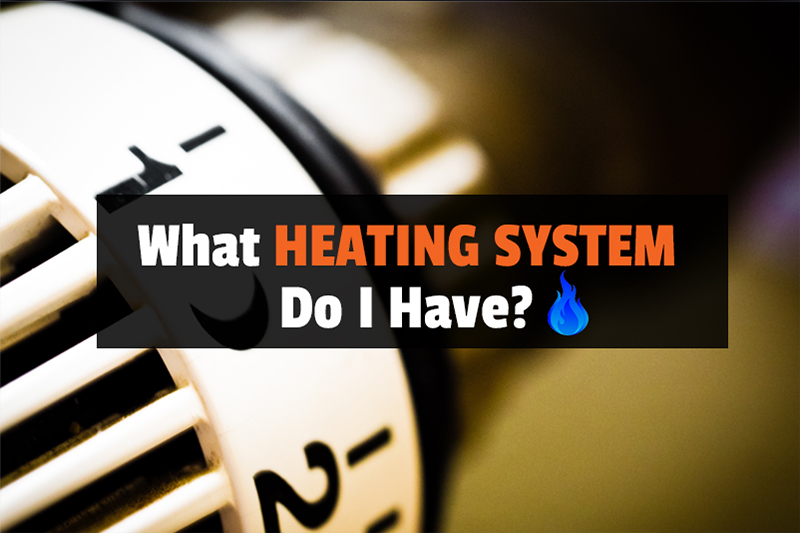 What Heating System Do I Have?

There are a few main varieties of home heating system on the market and it's easy to get confused when trying to determine which of these you currently have installed and which you should purchase in future. Your choice of water system, and which boiler is most suitable to provide the hot water it requires, can greatly affect the way your home is heated and the cost of doing so. While the differences may not be readily apparent, it's easy to identify your system by looking at a few key features and their location in your home.

The size of boiler you require is determined by the number of taps, radiators, baths and showers in your home and the frequency with which you use them. In the past, it was a common mistake to install an unnecessarily large boiler to ensure that there would never be a shortage of hot water but the efficiency of modern boilers and heating systems mean that this can now be avoided with proper calculations, saving you a lot of money in the process.

There are a number of central heating systems that you can install to keep your home warm. The major types are:

Also known as a gravity-fed system, this is the most common method of providing hot water to your home and uses a mix of gravity and pumps where needed. This system requires two water tanks, situated high in your home, and a boiler to heat this water which is then stored in a hot water cylinder. One of these tanks, usually the larger of the two, stores all the water needed to feed your heating system, such as radiators. The other tank, known as a hot water feed tank, provides water to a hot water cylinder, where a large quantity is contained until it's needed by taps and showers. When this hot water supply is expended, more water is heated and fed into the hot water cylinder, though this can take up to an hour. Conventional central heating is now, despite being so widespread, one of the less efficient methods of heating your home and providing hot water, as there is a constant loss of heat during the process of transporting water between the boiler and storage cylinder.

Sealed system or mains pressure heating is available in two different types: a low pressure vented system and a high pressure unvented system. Vented systems require a hot water feed tank high in your home, usually in the loft space, and both use a hot water cylinder to store water until it's needed by showers and taps. Most of the components necessary for the operation of the heating system are contained in the boiler itself, saving space and making installation a much simpler process than with a conventional central heating system. The removal of unnecessary parts means less distance for water to travel as it makes its way to your appliances and installations, meaning less heat loss and no wasted money. Unvented systems create an enclosed system, with a pressure gauge and a pressure relief valve, meaning there's no need for it to be constantly supplied with fresh water and negating the need for an extra water tank.

Combi boilers are the most popular choice for new central heating systems. As they run on pressurised water from the mains supply, there is no need for a water storage tank elsewhere in the house. This can save a great deal of space and makes them a great choice, especially in bungalows or flats. Similarly, their ability to heat water almost instantly as it passes through the boiler means that there's no need for a hot water cylinder, another sizable feature that occupies a large amount of space in many homes. By eliminating these features, combi boilers also remove a great deal of unnecessary piping, cutting down on wasted energy and reducing costs during both installation and use.

As well as the different types of boiler available on the market, it is also worth considering buying a condensing efficiency boiler, as opposed to a standard efficiency model. All new boilers are subject to certain standards of efficiency, meaning they're likely to be inherently more economical than older models, but condensing boilers take this even further. An older conventional boiler is likely to operate at somewhere between 60% and 70% efficiency, while a modern equivalent conventional or combi boiler is closer to 80%. Condensing boilers, however, recover much of their heat energy, drastically reducing waste and can function at between 95% and 97% energy efficiency. Over time, this reduction can make a great deal of difference to energy expenses

Just as there are three main types of central heating system, there are also several different types of fuel to power them

Gas is the most commonly used fuel for home heating, due to its ease of availability and excellent value. There are two forms of gas used in the home, the more popular of which is natural gas, which is provided through pipes by a supply company. If your home isn't connected to the gas supply, it's possible to contact the supplier and have them install the necessary piping. This can cost a lot of money but it's worth contacting your local supplier to check, as they will sometimes subsidise the cost or even cover it entirely. Natural gas supplies have the significant benefit that they will not run out, so they will take care of themselves so long as your supplier provides them. Where natural gas is unsuitable for your home, either due to expensive installation or living an impractical distance from the nearest supply, you might prefer to turn to liquefied petroleum gas (LPG). LPG is provided in sizeable cylinders and it's best to always have two of these connected to a valve, allowing you to switch between them when necessary and ensure that you don't run out. LPG can be used in even the remotest locations and functions in the same way as a natural gas supply but you'll need a conversion kit to connect it to your boiler, unless you buy one specifically designed for use with LPG.

Electric central heating has traditionally been restricted to storage heaters and blown air heaters, neither of which are particularly efficient in comparison to their water based counterparts. The main benefit of storage heaters is their ability to take advantage of off-peak electrical rates, especially on days where your electrical provider offers free electricity. They are also easily installed in almost any home thanks to only requiring an electrical connection, rather than the potentially daunting cost of connecting to a gas and water supply. Thanks to advances in boiler technology, there has been a rise in the popularity of electric heating boilers, which serve as a replacement for the gas or solid fuel boilers in a traditional, water based central heating system. These boilers are discreet, quiet and can take advantage of low electricity rates in the same way as storage heaters, making them a viable choice for home heating.

Oil boilers are some of the most efficient on the market, though the fuel is less versatile than gas. Using oil usually requires installing a tank on the exterior of your house, which can be unsightly and difficult to conceal, meaning you need to adhere to a number of regulations when situating it. It's important to keep a close eye on your fuel level, as completely running out of oil means you'll need a professional to prime the system before it can be used again.

Traditional boilers fuelled by wood, coal and other natural, solid fuels. Due to their size and constant need for fuel, solid fuel boilers are limited in their uses and where they can be situated in your home. They are most frequently used as kitchen ranges or back boilers, the latter of which is no longer in production. It is possible to install a system where the boiler is fuelled automatically via fuel pellets, which are frequently fed into the system, though these are rare and arguably not worth the extra cost and effort. They are also one of the messiest methods of heating your home and demand frequent cleaning and maintenance in order to function properly.