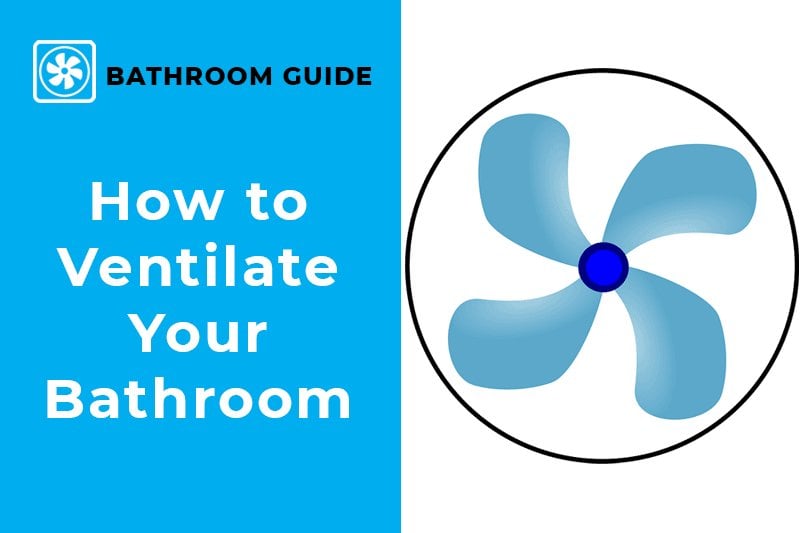 Whether you're renovating a bathroom or adding one to your property, proper ventilation should be one of your major concerns. Water vapour in your bathroom is inevitable (unless you exclusively take cold showers and baths in a freezing room, which is no fun). The resulting condensation can wreak havoc, damaging your walls, causing dangerous mould, rusting metal and fogging up your mirror (not as severe but still annoying). Learning how to ventilate your bathroom isn't only sensible, in many cases it's a legal requirement, especially if you're a landlord.

Ventilating your bathroom isn't quite as simple as ensuring there's an opening to the outside world. You need to ensure that air can circulate effectively, carrying water vapour outdoors, where it can't damage your property. If you live in a terraced house or flat, you might need to get creative with your ventilation solutions.

The most popular choice for bathroom ventilation is an extractor fan. These small, electronic fans are installed in your wall or ceiling and suck in air before directing it outside. An extractor fan should be positioned near the main source of humidity in your bathroom; in most cases, this will be your shower enclosure. Current legislation requires you to install an extractor fan above any newly installed shower; while this might seem like an annoying extra cost, it's a good idea to install one even in an older bathroom. Installing an extractor fan is a small price compared to the amount you might have to spend on building repairs if excessive moisture damages your property. HeatandPlumb.com offer a selection of high quality extractor fans that will greatly reduce the amount of water vapour in your bathroom.

Modern extractors are far quieter than their older, louder counterparts. Your fan can be wired to a bathroom light switch to turn on automatically when the light is activated, letting you largely forget about it (other than when you clean it). Many modern fans have an adjustable timer, allowing you to choose how long the fan remains active after you switch off the bathroom lights. This lets you select an appropriate duration for your bathroom size, helping avoid wasting electricity. If you already own an extractor but it doesn't do much to reduce your bathroom's humidity, you probably just need to give it a good clean. You can find a general guide on how to clean an extractor fan here.

If installing an extractor fan isn't viable, such as in a bathroom with no external walls or where it isn't possible to undertake the building work, a dehumidifier can be a powerful alternative. Dehumidifiers draw in vapour and trap it, storing it in a tank that can be easily emptied by pouring it away. The major advantage of a dehumidifier over an extractor fan is that it doesn't require any extra piping or building work, it is either connected to an electrical supply or powered by a rechargeable battery. You can simply switch it on while using the bathroom, leave it to do its work and turn it off when the room is clear of vapour. Modern dehumidifiers are far quieter than older models, so you won't have to endure a deafening drone while you're trying to enjoy a relaxing bath.

While leaving a window open isn't our recommended ventilation method, you may find yourself in a situation where it's your only option. It's certainly better than nothing in the short term; opening a window allows fresh air into the room and offers water vapour a way outside, while also reducing condensation. Even leaving your window slightly ajar while showering or bathing can lead to a significant reduction in humidity, compared to having an airtight room. Opening a window is a useful form of ventilation but it shouldn't be your primary method; a window is unlikely to remove all the water vapour from your bathroom and you probably won't want to leave it open during the colder months of the year.

If your bathroom doesn't have an extractor fan, a dehumidifier or a window, it's probably tempting to open an internal door to allow humidity to escape. In most cases, this is a bad idea and will only allow water vapour to pervade your property. Your bathroom's watertight surfaces are better equipped to deal with moisture than other parts of your home, so it's best to prevent water vapour spreading elsewhere. The only time you should consider opening an internal door is when there's an adjacent window you can open to vent the moisture but it's otherwise best to keep it contained in your bathroom. 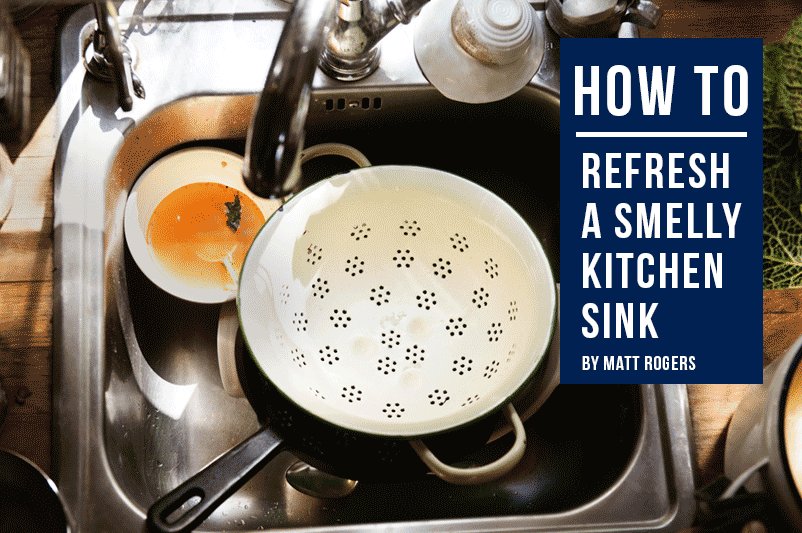 How to Refresh a Smelly Kitchen Sink