Skip To My Loo - The Origins of Toilet Slang 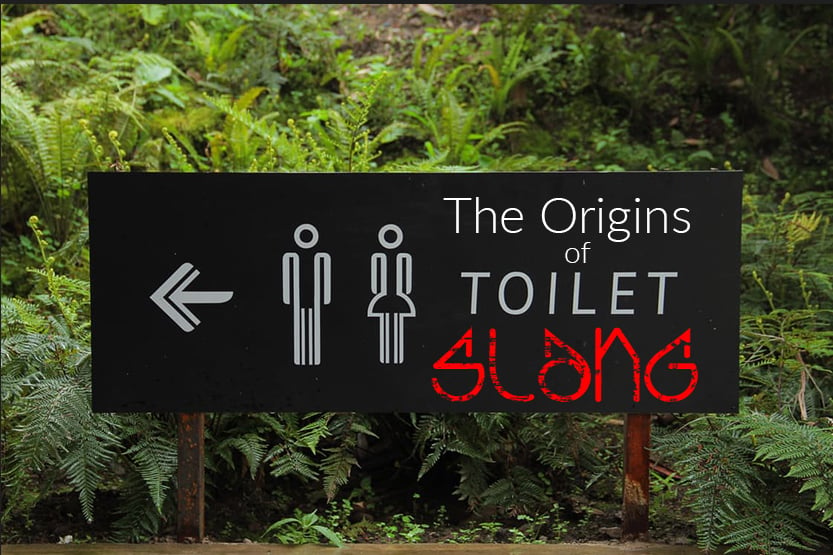 Where Does the Word 'Loo' Come From?

I've matured a lot now and my skipping days are over but that little room in the house will forever be my loo but why? Where does this loo word come from and why do we have so many alternative words for the same room

Well, it turns out that the French gave us the 'loo' word from their yelling of 'Guardez l'eau' (watch out for the water!) as they emptied their 'Under the bed pots' through their upstairs windows. This morphed into Gardy loo which for us became loo.

Polite society has no palette for such crudity and prefers to speak of powdering one's noses in powder rooms, which tends to get frowned upon these days so maybe Restroom may be a better alternative, or little boys/girls room if you are small and still rather shy around the word toilet!
Crapper!! Bog!! There I've said them. There are worse names of course but those would normally be bandied around by rough looking, angry beasts with potty mouths who are quite honestly built like brick s**t houses!

Toilet Slang From Around the World

Australians tend to use the word Dunny which I'm told is a derivative of Dung house whereas the word Latrine is used by the American Military in a camp or barracks. A Sailor in days of old would make his way to the Head (front) of the Ship to take care of business, therefore they referred to the toilet as the 'Head' or simply fist-bumped their foreheads. A gesture that should surely be brought back into the present day and put an end to all this verbal malarkey!

W.C. is an abbreviation of water closet and a lavatory is quite simply a room that contains water but why on earth did people ever to refer to it as a John? This puzzled me and quite frankly still does as I will forever connect (wrongly) the first flushing toilet with Thomas Crapper when actually we should be thanking a man called John Harrington who is better known for being Queen Elizabeth 1st Godson and a rude poet than the genius that did away with chamber pots.

For such a private pastime we sure do like to announce where we are off to - whether people wish to know it or not - and once again we see Polite society versus the Beasts.

The Many Variations of Toilet Slang

Here I will pit these two groups against each other in a kind of Phrase-off!

There is a turtle I'll tell you what, let's leave this here. I have actually been pretty polite based on some of the phrases out there but after all, this is a family friendly blog. The Website, however does give you a whole host of toilet abbreviations for your amusement from various places around the world.

I must confess, I do like to confuse children by telling them to make sure they ' pull the chain'!

This little trick will surely only get better as time passes and children will only know of an Infra-red Flush Plate!

Try pulling one of those kiddo! Oh, and we used to slam our phones down too!