What is World Toilet Day and How Can You Celebrate It? 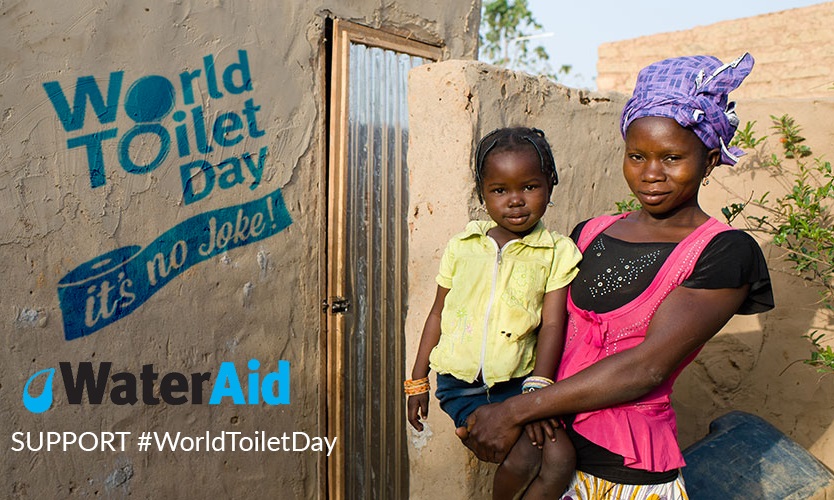 When you initially hear that there's a World Toilet Day, your reaction will probably be something like wondering why we have a day that celebrates toilets. You may also think that it sounds ridiculous to dedicate an entire day - worldwide at that - to the porcelain throne. We may use one every day, but it's not something we tend to shout about! But you'll be pleased to hear that World Toilet Day is far more than that, and it's actually a very important day.

What is World Toilet Day About?

World Toilet Day has the commendable aim of raising awareness about the lack of proper sanitation in parts of the world. You may be able to go to a clean and comfortable bathroom whenever you want, but for 4.2 billion people across the world, they aren't so lucky. Instead, they're forced to use dirty toilets or areas like shared latrine pits. No cleaning, sewer system or other quick ways to dispose of human waste means that disease is often rife in such locations, leading to illness and death. This contributes to the deaths of over 700,000 children a year. In a modern world where technology is increasing at an exponential rate, a single death from the lack of sanitation methods that have existed for hundreds of years is simply unacceptable.

No cleaning, sewer system or other quick ways to dispose of human waste means that disease is often rife in such locations, leading to illness and death. This contributes to the deaths of over 700,000 children a year. In a modern world where technology is increasing at an exponential rate, a single death from the lack of sanitation methods that have existed for hundreds of years is simply unacceptable.

Here's another shocking fact. Back in 2013, a U.N. study revealed that of the world's estimated 7 billion people, 6 billion of them have access to a mobile phone. But when it comes to working toilets, only 4.5 billion people have access. From the 2.5 billion people left, 1.1 billion are defecating in the open.

While those figures are now 3 years old, reducing them by billions is going to take a lot longer. It's not work that's going to be completed overnight, and that's why events like World Toilet Day are so important. It wants you on board to help spread the word about these alarming issues.

Find out more about how toilets keep us healthy.

One of the UK organisations that take part in World Toilet Day is WaterAid UK. This charity works hard to build thousands of toilets across the developing world annually, as well as introducing clean sources of water to local populations, reducing the risk of death and disease. Their work has seen vast improvements in health and living conditions in the areas they work. Every pound invested has a £4 return, thanks to less days lost to sickness and more chances for children to get a proper education.

The charity understands that toilets can be a tricky issue to talk about, so they're trying to get the message across with humour (similar to what actor Matt Damon did with his charity Water.org when he announced that he was going on a toilet strike). They're encouraging people to hold a comedy quiz night, and it's definitely not-your-bog-standard quiz!

For more details on what WaterAid UK does and to find out how to hold your own quiz, visit their website.

But it's not just quizzes that will help spread the word. Read on to see what else you can do to help out.

How can you help?

Your starting point is the World Toilet Day website. There you'll be able to learn more about toilets and how to impact work and life around the world. You'll be surprised to learn just how much the toilet matters when it comes to keeping the world ticking.

From there, you can download free posters, logos and memes to help get the word out - both online and around your local community. You can also share photos of your toilet, make art related to toilets, hold an event and even post a video of you and your friends doing the #ToiletDance.

As you can see, there are plenty of ways to get involved, so what's stopping you? Let's bring awareness to this important issue and help educate people on the lack of sanitation around the world and what we can do to help solve the crisis.

Your first job is to share this article and tag it with #WorldToiletDay. Get to it!