How Often Should Radiators be Replaced? 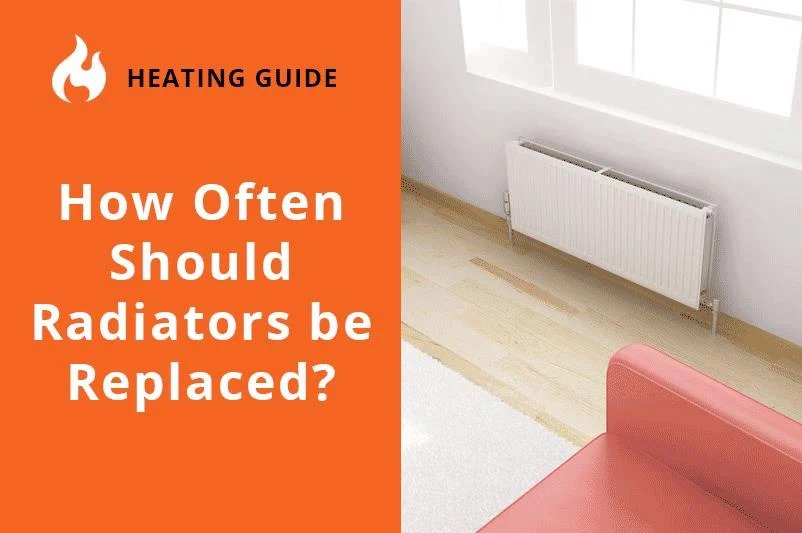 How Often Should Radiators be Replaced?

Radiators are usually one of the most reliable and enduring features of any property but years of frequent use will result in unavoidable wear and tear. This can manifest itself in your radiators failing to work or, less obvious but still problematic, uneven or insufficient heat throughout the unit. If you're confident your hot water supply is functioning properly but your radiators are still failing to perform as expected, it might be time to replace your radiators units.

Modern radiators are more effective, efficient and economical and constant developments in manufacturing technology mean that there is now a greater range of designs than ever before. If you're looking for a simple way of saving money on your energy bills, replacing old radiators is one of the surest ways. If you're asking “how often should radiators be replaced?”, there's no easy answer but a general guideline is anywhere between fifteen and twenty years. If your radiators are nearing this age range, it's worth being conscious of how they're performing.

Radiators are often taken for granted as a feature of your home, expected to perform their duties without any extra care or attention. If you've recently moved into a property, it's possible that your radiators have been installed for decades without receiving proper maintenance. If you decide to renovate or refurbish your home, it can be tempting to ignore your radiators and focus on other parts of your property. However, unless you're moving into a new build, you should at least consider replacing your radiators. This will allow you to upgrade to a more efficient set of radiators while also choosing units that are in keeping with the rest of your property's appearance.

There are some key points to consider before replacing your radiators. You might be tempted to install larger or more numerous radiator units but you'll need to be sure that your boiler can handle the extra workload. It's quite common for people to replace their boilers, which require more obvious maintenance and servicing, but to leave their original radiators in place. Despite usually having a longer lifespan, radiators can't last forever and all the benefits of your new boiler can disappear if they're used to supply water to outdated radiators.

In the majority of cases, radiator issues are not the result of a single catastrophic event but a gradual accumulation. Magnetite rust, corrosion and blockages can take years to become noticeable issues, resulting in cold spots or a wider lack of efficiency throughout your heating system. These can largely be reduced with a chemical “powerflush” offered by British Gas, among others. Combined with regular radiator bleeding, it's possible to keep your radiators functional for many years. Unfortunately, even careful maintenance is unlikely to keep your radiator in perfect condition forever. Whether you're replacing a failing unit or looking to upgrade for economical reasons, there are now a huge number of options available to you.

Introducing a chemical inhibitor to your heating system should at least diminish the rate and effect of corrosion on your heating system. Inhibitors are liquid formulas, readily available at most DIY suppliers and are usually quite simple to add into your central heating. For the best results, it's recommended that you add fresh inhibitor fluid twice a year. While inhibitors can be highly effective at protecting your radiators from wear and tear, they won't be able to make a significant impact if your units have already been badly affected.

While there have been a large number of innovations in terms of radiator design, there are are just as many performance advancements. Many of these have been enforced in order to comply with modern quality standards and safety regulations, both in the UK and abroad. Manufacturing quality has also progressed significantly, leading to superior casting both inside and outside the unit, particularly in areas such as water channels where a rougher finish can impede performance. It's easy to assume that radiators made decades ago are less efficient, but studies have shown that a new radiator can be as much as twice as efficient as even a twenty year old equivalent. This improvement is largely due to modern designs increasing both surface area and improving water circulation in order to minimise wasted energy. Units are generally smaller, exhausting less energy while also producing a an equal or greater heat output. These more economical units also reduce water volume, which means quicker temperature adjustments and lower energy demands.

It's entirely possible that you don't want to replace your radiators for performance reasons and you're more interested in a visual upgrade. If you're focused on improving your radiator aesthetics, there are countless designs for you to choose from. Modern design and manufacturing technology have resulted in radiators that are slimmer, more efficient and available in a more diverse range of shapes and sizes than ever before. In addition to minimalist flat panel units, there are a number of traditional column radiators which blend classic design with modern technology in order to let you update your heating system without sacrificing the existing feel of your property.

While replacing your radiator might seem like a relatively simple procedure, it can be messy and time consuming. A good plumber should be able to replace several radiators in a day, so it's worth spending a little extra to see the work done quickly and professionally. To avoid any extra hassle, it helps to choose new radiators that have their connectors in the same position as your previous units.

If you're replacing your old radiators or deciding which models to use in a new property, it's worth considering electric units. Though traditionally unreliable and costly, technological advancement and the move away from fossil fuels to alternative energy sources have made electric heaters a far more attractive option. If you have a large garden or roof space, you should consider solar or wind power. Electric radiators have the added benefit of being extremely easy to install, as simple as either plugging them in or wiring them into your electricity. With today's efficient solar panels and radiators, your heating can pay for itself (while also providing electricity for the rest of your home). Many local authorities will subsidise some or all of the costs for renewable energy sources, reducing your investment while also being kinder to the environment.