How to Protect Heating from Limescale 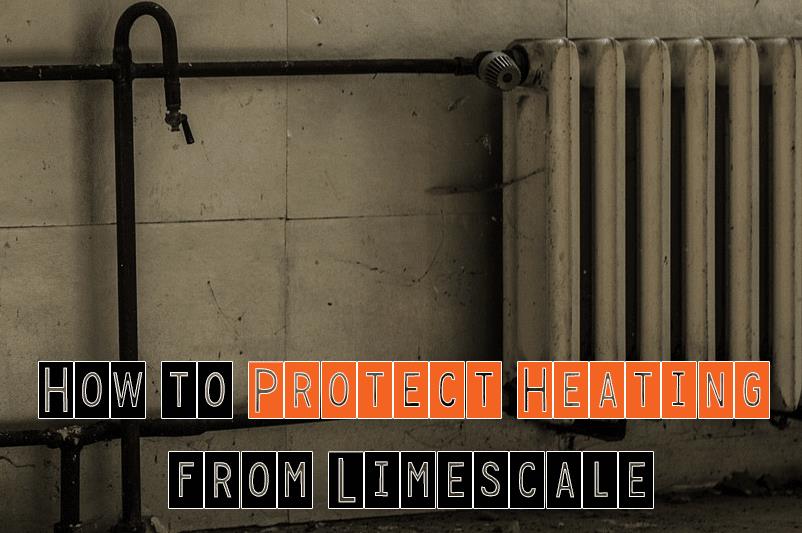 How to Protect Heating from Limescale

Limescale is one of the biggest issues encountered by any home plumbing system and one that can negatively affect your water supply if left unchecked. Limescale is a familiar problem for many homeowners in certain areas of the UK and can damage pipes, boilers and other plumbing appliances over time. If you've ever wondered how to protect heating from limescale, there are a few tips that should help you minimise its effect.

Limescale is particularly prominent in areas that have hard water (water that has particularly high mineral content, usually due to passing through limestone). In the UK, hard water becomes more widespread and problematic in the southeast, more concentrated the nearer to the coast you go. Hard water contains trace amounts of calcium and magnesium, which can be beneficial for personal health but detrimental to your plumbing appliances. If you want to see whether limescale is an issue in your home, the easiest way to check is by simply popping open your kettle and taking a look inside. You'll likely see some limescale on the metal heating element but if your kettle is relatively new and has a thick coating of limescale, you probably have a hard water supply. If your kettle displays signs of significant limescale build up, it's likely that any piping in your home has the same problem. As limescale collects, the pipes are narrowed, restricting water flow through the system and disrupting the functionality of your plumbing appliances, including your boiler.

As many as 15,000,000 UK homes are supplied with hard water. Limescale has a significant effect on the lifespan of boilers, pumps and pipework. Even a minuscule amount of limescale, as little as 1mm, can affect your energy usage by approximately 7%. In areas with a high limescale concentration, it's possible for limescale to build by as much as 2mm to 3mm in just two years, leading to an even greater amount of unnecessary energy expenditure. In more severe cases where there is a significant layer of limescale in your pipes, there's a risk that a piece of limescale will break away in your pipe, potentially clogging them and leading to more serious issues with your heating system.

Scale protection can help reduce the effects of hard water on boilers by as much as 40%, according to some studies. Water softeners introduce a salt-based solution into your heating system, reducing the amount of calcium in your water and diminishing its effect on your pipes. This relatively recent technology isn't cheap, however, and requires regular refills (as often as every few months) in order to function properly. Water softening technology will likely become more affordable and widespread in coming years, particularly in areas with the most significant limescale issues.

Water conditioners (sometimes known as a physical water treatment device) are one of the more popular solutions to limescale. Rather than attempting to filter out the mineral content completely, which can be costly, conditioners introduce more and change the composition of the water, making it kinder to your pipes by preventing limescale from sticking to your pipes. There is a large number of water conditioners on the market but electronic conditioners are considered the most effective. Electronic conditioners are affordable, powered by your mains electricity supply and should be inexpensive to have installed by a professional. Once installed, electronic conditioners will work at softening your water and protect your heating system without any extra effort. Opinion is divided on whether or not these electronic water treatment devices actually make a noticeable difference to the effect of water on pipes, so it's worth doing some extra research before choosing one.

One of the simplest solutions to limescale caused by cold water is to simply hang a bag of phosphate crystals in tank, which will help reduce limescale formation. There are a number of brands that offer crystals for this purpose, such as Fernox Limescale Preventer. These crystals are a tried and tested solution to limescale and, although they require more effort to replace on a regular basis, they remain one of the surest ways of protecting your plumbing.

Recently introduced building regulations demand that new builds in areas with a higher concentration of hard water must have some form of limescale protection installed. This means that, if you move into a new property, it's quite possible that you already have limescale protection and won't need to take any further action. If you do need to install a solution into an older property, the costs incurred will ultimately save money in the long run by protecting your plumbing and are well worth the investment.