Why You Should Use A Gas Safe Engineer 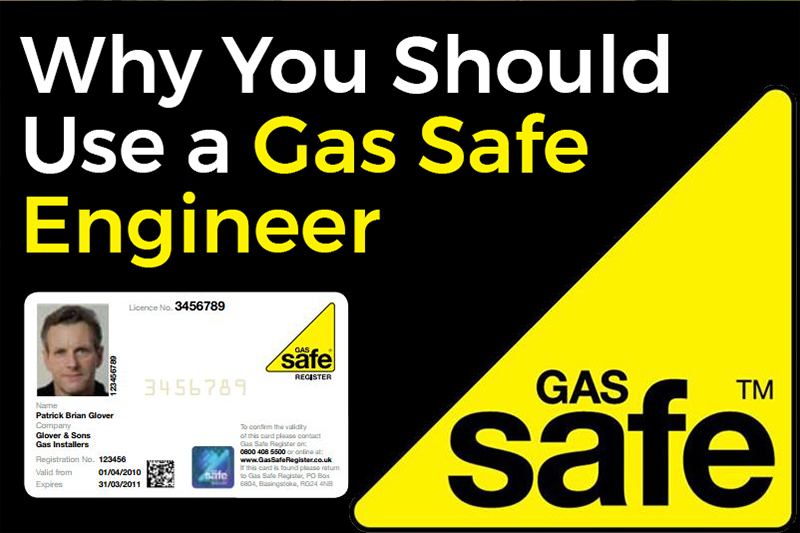 Back when I lived in a rented house we had a boiler that was quite old. When we first moved in the boiler worked fine, but after a while it started to do a terrible job at actually heating the house. In hindsight, the landlord should have sorted this problem before he allowed new tenants to move in (I won't even get started on the mould in one of the bedrooms), but I took it upon myself to take a look at the boiler myself as I'd done a little research online and it didn't seem too hard. What a mistake that was.

In short, I ended up flooding the bedroom where the boiler was located. This was all due to using the filling loop when I was trying to get the boiler pressure to rise. But I let it rise too high, panicked, and the result was water spurting all over the bedroom floor while I got soaked and frantically ran downstairs to turn the water off.

The morale of this story is to not mess with things that you're not trained to fix. Things could have been a lot worse, and a dodgy boiler is a very dangerous thing to have in your property. As much as you can learn seemingly everything online, you can't suddenly think you're an expert just because you've read a few articles.

Thankfully, the landlord would send someone out to fix a brand new boiler, so the house became a lot more tolerable to live in. That's exactly what should have been done in the first place, as you should always leave it up to the experts to fix something that potentially turn very dangerous if the job isn't done right. Hiring a gas safe engineer is therefore absolutely crucial.

'I've fixed my mates boiler, so it will be easy to do yours'

I think we've all had a friend who thinks they can take their hands to anything and get the job done perfectly. Your friend may have simply done what I did; watched a few videos online or read a few things. Even if your friend reads the boiler instruction manual from back to back, that doesn't mean they can get the job done correctly. If they're not gas safe registered, simply tell them 'no thanks'. All it takes is for one small thing to be done incorrectly and you've got a dangerous piece of equipment on your hands.

Oh, and there's also the little fact that allowing someone to fix your boiler who isn't gas safe registered is illegal. You're not just putting you and your family in danger, you're putting the people who live around you in danger too.

So, your non-gas safe registered friend will do it for only £30. 'Great' you think 'that will save me a few bob'. But it's not great.

Aside from the problem of your boiler becoming more dangerous, it's likely that it will end up costing more than you think. According to the BBC, £100 million a year is wasted by the British public in rectifying illegal gas jobs. It ends up costing an extra 25% on average to fix the problems caused by dodgy fitters.

But, of course, it makes things more dangerous too.

“One in five of the homes investigated by Gas Safe Register were found to be 'Immediately Dangerous' and the appliances had to be disconnected straight away to make them safe. In all cases the work had been done by an illegal gas fitter.”

In conclusion, it's just not worth saving a few pounds when you could be putting yourself in your family in danger. But what can you do to make sure the gas engineer you're hiring is above board?

How to ensure you're using a Gas Safe Engineer

Don't rely on first impressions or recommendations from friends. Always ask to see a Gas Safe Register ID card before you let them start working on your gas appliances. It doesn't matter if they're the friendliest person on earth; if they aren't registered, turn them away.

The back of the card will show what work they are qualified to carry out. Just because an engineer can fix a gas boiler, it doesn't mean they're registered to fix a gas cooker.

You can check if the engineer is registered by entering a 7-digit licence number you'll find on their card at https://www.gassaferegister.co.uk You can also text this number to 85080 and you'll receive a text message back to confirm that the fitter is indeed registered.

If you suspect that someone is an illegal gas fitter, they can be anonymously reported at the web address in the last section.

At the end of the day, a quick check is all that's needed. A reputable gas fitter will be more than happy to show you his ID card. Don't take no for an answer, there are always other gas fitters available; those that are legal and will get the job done efficiently and safely.