How to Drag Your Bathroom Out of the 1980s 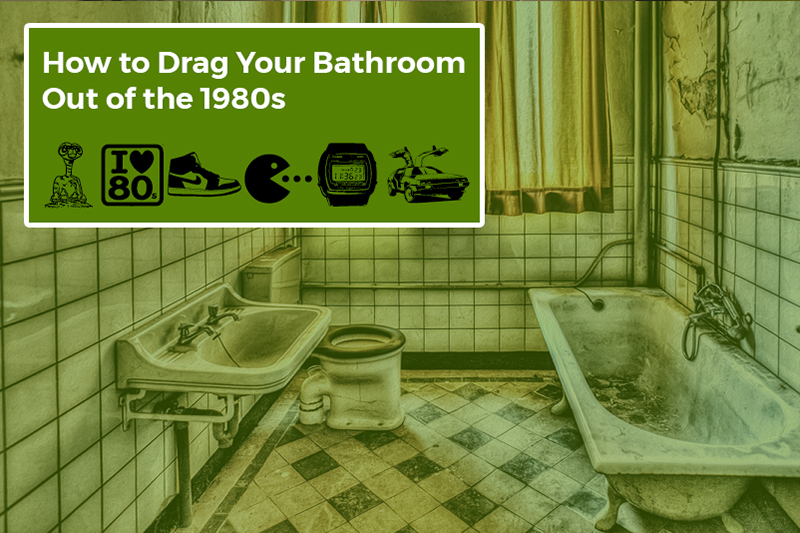 How to Drag Your Bathroom Out of the 1980s

The 1980s are often described as the decade which style forgot. Most of us chucked the ra-ra skirts, fluorescent socks and “Choose Life” t-shirts in the bin years ago, but the same can't often be said when it comes to 1980s bathroom design. Coloured bathroom suites, thick pile carpet and elaborate tiles should have gone the same way as the 80s fashion, but are thought to be less simple to change, especially as new bathrooms often don't come cheap. Also, many of us have lived with our retro bathrooms for so long, that we've become blind to their faults.
If your bathroom is stuck in the past, here are a few ways to drag it into the 21st century without spending a fortune.

There really is no excuse for carpet in the bathroom. It's unhygienic as well as unfashionable and, if you're trying to sell your house, it's one of the things which is really going to put buyers off. As someone who has unfortunately had to put up with carpet in the bathroom, believe me when I say that water and carpet don't mix once you've been using your bathroom for a few months.

Replacing the carpet isn't difficult and doesn't have to be expensive. You'll be able to rip up the carpet yourself rather than pay a professional to do it for you (there are plenty of guides out there that will help you if you get a bit stuck) and take it to the local tip to dispose of it. Choosing a new flooring is the tricky part.

Vinyl flooring is the most economical choice and is easy to keep clean too. Choose something simple and plain for a modern look, and remember to factor in underlay and fitting costs too. Expect to pay around £250 for a company to supply and fit vinyl flooring in a standard sized bathroom.

Sheet vinyl is another choice, as it removes the seams that are present with normal vinyl. These seams can cause moisture to be trapped underneath over time, but it's still not going to be as unsightly as a damp and musty smelling carpet will be.

Change the colour of the bath

If the whole room needs redoing and updating, then there is a lot to be said for ripping out the entire bathroom suite and chipping the tiles off the walls to take you back to a blank canvas. If however the walls and flooring aren't too dated, but you're stuck with a coloured suite, then it might not be expensive to just replace the suite. A basic bathroom suite can cost less than £250, and you can expect to pay the same again for a plumber to come and fit it for you.

If you have an enamelled iron bath, another option is to have the bath resurfaced to change its colour. You can buy bath resurfacing kits that have everything you need to get the job done properly, which also means that you don't have to fork out for someone to do the job. However, as usual, if you're not confident in doing it then hiring an expert is the best option. Resurfacing a bath isn't always a cheaper option than replacing a bath, but it's likely it will be. Just make sure you do your sums before deciding one way or the other.

If you have a bathroom with floor to ceiling tiles with a pattern that screams retro, then the thought of chipping them all off the wall and retiling the space with modern tiles can be daunting. One cheaper and much easier way of giving tiles a makeover is to paint over the top of the existing tiles. But don't be tempted to use standard emulsion or gloss paint; you'll need specialist tile paint which is available from all the large DIY stores. This will set you back a little more than other types of paint and you should expect to pay around £25 for 2.5 litres, which should be enough for the standard bathroom.

While the colour is up to you, we'd recommend you choose a neutral shade of beige or white to update your bathroom, as more garish colours are best left in the 80's. But if you want to get artistic and add a unique touch to your bathroom, you could use a combination of different colours to create a pattern or random effect. It's worth perusing websites and magazines for décor ideas, but try not to get too lost in the many delights of sites like Pinterest.

Even small changes like fitting a new, contemporary bath panel can transform your bathroom and make it feel instantly more modern. If you have a standard sized bath, a new side panel could cost as little as £35, and modern dark wood effect panels or panels with frosted squares will only cost slightly more.

If your storage isn't up to much, invest in a new bathroom cabinet or set of shelves which will allow you to store everything neatly and give your bathroom a more streamlined look. It's no good trying to design a new bathroom if the end result is filled with clutter.

You should also chuck out the old shower curtain and replace it with something more modern, preferably a glass shower screen. Follow the same principle with the window coverings; ditch the old-fashioned frilled curtains and instead buy a cheap, plain roller blind. None of these items will cost much and changing things gradually will help spread the financial burden of updating the bathroom.

As you can see, there are plenty of small, inexpensive changes you can make to your bathroom to bring it up to date instead of being an assault on the eyes whenever you want to have a bath.

Got some ideas you want to share with the world that we haven't mentioned here? Let us know in the comments section below! 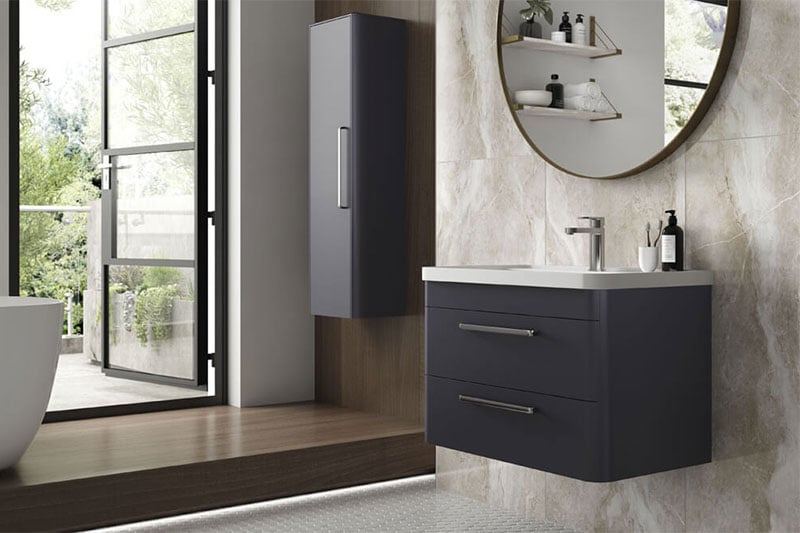 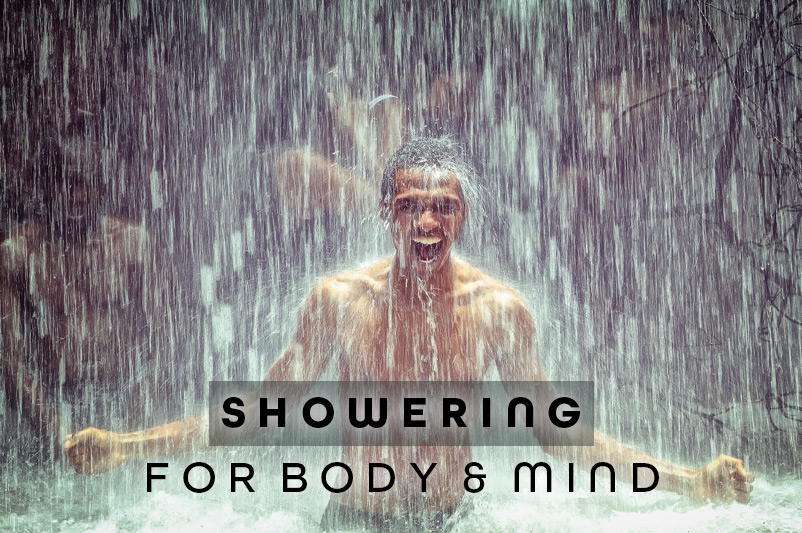 Showering for Body and Mind

The Best Bathroom Plants To Buy For Your Home