Deva, a British subsidiary of New Zealand's Methven, have over 125 years of bathroom manufacturing experience and are one of the most respected brands in the industry. Offering a wide range of showers and taps, Deva bring an unbeatable level of quality to both residential and commercial properties. With a wide variety of designs to suit contemporary and traditional bathrooms, as well as a number of different finishes available, there's something in Deva's range for every customer. These products all include lengthy warranties as a mark of their reliability and for continued peace of mind. 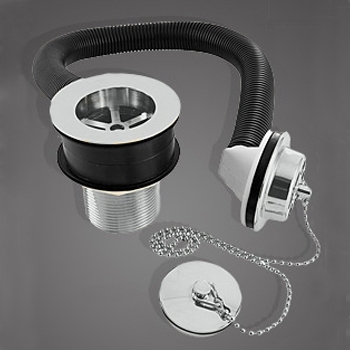 Based in Lancashire, Deva have over 125 years experience in bathroom design and production, with an emphasis on taps and showers. Since being purchased by New Zealand's Methven Group in 2007, Deva have seen unprecedented growth and now employ over 70 employees, customer support and specification teams in both the UK and Dubai. They take pride in supporting of local builders, architects, contractors and retailers and are dedicated to customer care after the initial purchase. Equally focused on production for residential and commercial properties, Deva's catalogue contains more than 400 products and has something for every bathroom; by maintaining an emphasis on taps and showers, they have been able to perfect those two appliances. Methven UK are committed to protecting the environment by minimising waste during production, continually setting targets for performance and by maintaining an open dialogue with environmentally concerned customers and members of the public.

Deva's range of traditional and contemporary taps encompasses both bathrooms and kitchens, making them the only brand you need to outfit your home or business. Using the latest in manufacturing techniques, as well as making the most of advancements in sensor technology, Deva's taps are some of the finest on the market, whatever style you prefer. Deva offer a number of taps based on trends in the early to mid twentieth century, making them an ideal choice for home restorations or for those with a penchant for designing their kitchens and bathrooms with a vintage feel. At the same time, their commercial taps are sleek and modern, with the kind of simple but stylish appeal that is perfect for clubs, gyms and anywhere else open to the public. Sensor activated taps are the most hygienic option for any home or business thanks to the lack of physical contact involved in their use and will help you maintain high cleanliness standards. All of Deva's taps include a generous twelve year guarantee, even on sensor models, making them a choice that is both revolutionary and reliable. Certain models utilise Deva's Enviro-Klick technology to reduce water waste while maintaining a thorough clean.

The shower is one of the most frequently used features of any modern home and it's vital to find one that is both a visual fit and possesses the functionality expected of a newly installed shower. Deva's range of showers offer so much variety that any customer should find a unit that's perfect for their bathroom. Deva offer both concealed and exposed shower valves to suit your family needs and whether or not you're able to install piping into your walls. If you want a complete showering solution, there are a number of kits including everything you need to start using your shower. It is also possible to buy valves and shower heads separately to create a unique combination to complete your dream bathroom. As an even more striking alternative, Deva's shower towers include valve, controls and shower head in one unit for a beautiful, minimalistic appearance. A collection of commercial thermostatic showers comply with all the latest regulations on public showers and are perfect for gyms, schools, care homes and anywhere else that will see them used by a number of people daily. The majority of the Deva shower range includes a five year guarantee, making them a great value choice that's built to last.

BUY WITH CONFIDENCE FROM A DEVA PLATINUM STOCKIST
We have been selected by Methven as a Platinum Stockist of their Deva range of taps and showers. Not only are we one of Deva's prefered Internet retailers, but our technical sales staff possess great knowledge of Deva products. You can rely on HeatandPlumb.com to provide you with Deva products at the most competitive prices, in the shortest delivery times.

Below is a tool that can enable you to calculate the BTU requirements needed for your room.

There are many factors that affect this calculation including the outdoor temperature, thickness of exterior walls and the quality of insulation installed. You should also ensure you have a boiler that is capable of generating necessary output for all of the radiators in your property.

Our BTU calculator should be used as a guide only, the actual BTU requirements may be slightly different to what our calculator will produce. If you need further help, please contact us.

This calculator should be used as a guide only